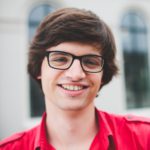 Bram’s research interests further include the (political) history of individualization and the history of multiculturalism.